Could a new type of candy be the future of good oral health? 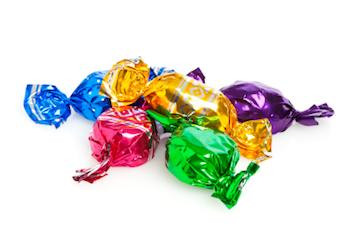 Our mouths are a delicate balance of good and bad bacteria. When we clean our teeth, the aim is to knock out cavity-causing bacteria, while allowing beneficial oral bacteria to thrive. Now, researchers have developed a sugar-free candy, which contains dead bacteria that bind to bad bacteria, potentially reducing cavities.

To promote better oral health, a team from the Berlin-based firm Organobalance GmbH, Germany, created a new candy, which they claim reduced levels of 'bad' bacteria in study subjects' mouths.

Their research was published in Probiotics and Antimicrobial Proteins.

They note that after we eat, bacteria on the surface of the teeth release acid, which can dissolve the tooth enamel, leading to cavities.

The most common strain of this "bad" bacteria is called Mutans streptococci. However, the researchers say that in previous studies with rats, another bacteria called Lactobacillus paracasei has been shown to reduce levels of the cavity-causing bacteria, decreasing the number of cavities in the rodents.

The team, led by Christine Lang, believe that by binding with M. streptococci, the L. paracasei bacteria prevent this bad bacteria from reattaching to the teeth, causing it to get washed away by saliva. In a pilot trial involving 60 subjects, Lang and her team tested whether their sugar-free candy, which contained heat-killed samples of L. paracaseiDSMZ16671, reduced levels of bad oral bacteria.

Results showed that nearly 75% of the participants who ate candies with the good bacteria had "significantly lower" levels of Mutans streptococci in their saliva than before, compared with the control group.

Additionally, the subjects who ate candy with 2 mg of L. paracasei had a reduction in bad bacteria levels after eating only one piece of candy.

"We think it remarkable that this effect was observed after exposure to only five pieces of candy containing 1 or 2 mg of dead L. paracasei DSMZ16671 consumed in 1.5 days."

They say that by using dead bacteria, they avoided problems that live bacteria might have caused. They also note that the L. paracasei does not bind with beneficial oral bacteria, which is why this is a better cavity prevention method than other probiotics.